Dubatowka held senior positions in Intel, Google, Visa, and AdColony among others 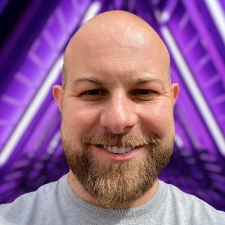 Built as a blockchain platform to integrate mobile games into the metaverse, Infinite Arcade has recently announced the appointment of Andrew Dubatowka as the Core Contributor of the product marketing team.

Following the launch of Infinite Arcade in February, Dubatowka will now be in charge of the firm’s global marketing.

From side hustle to main quest

Dubatowka commented: “I’m super excited to join Infinite Arcade on a full time, permanent basis after working on the project as a side hustle for the past six months.

“The project is all about a firm belief in two things: the benefits that blockchain technology can bring to the games industry; and, through these benefits, that gaming will be the ramp that onboards hundreds of millions of people into Web3."

Şekip Can Gökalp, core contributor of strategy at Infinite Arcade, added: “Securing a marketer of Andrew’s calibre for such an early-stage venture, and from one of the biggest financial services companies in the world, is really special for Infinite Arcade.”

“It’s a testament to the fact we’re doing something transformative in the gaming space, which stands at an inflection point with the arrival of emergent technologies such as blockchain and NFTs. We’re building bridges that bring world-class gaming content to players who are invested in ownership and community, and Andrew is an important part of that.”