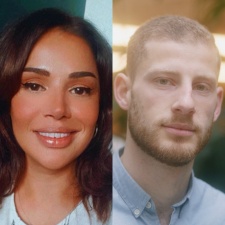 Following its $8 million seed roundwith Galaxy interactive and a host of studios including Ubisoft, Gadsme has made several key hires.

Nina Mackie, previously head of agency partnerships at Admix, has joined Gadsme as its new vice president of direct sales, where the team hopes she can leverage her extensive experience in the in-game ad market.

Mackie stated: “I’ve witnessed the in-game advertising industry develop and mature over the last three years. Many of the tools used for verification and measurement of traditional digital media can now be applied to in-game, relieving concerns around brand safety and ad fraud.

“From the first conversation, it was clear to me that Gadsme were building something totally unique and aligning their business to deliver proven results for all advertisers.”

Antoine Clairet has also joined Gadsme as its head of demand EMEA. Prior to this, Antoine was head of international growth at software company Happydemics.

Simon Spaull, CRO and co-founder Gadsme, stated: “This is now the third startup I have grown, and I can’t stress enough the importance, especially in the early stage, of hiring great people and giving them the tools, autonomy, trust, and guidance needed to flourish. It’s always a very exciting and special time once you start seeing the team grow.

“I’m super happy we have managed to persuade such strong talent, who believe in our vision and strategic approach. We are truly building something special which is resonating well with both publishers, and advertisers.”

There has been a number of recent new hires and personnel shifts in the adtech sector, including Mollie Spilman joining Digital Turbine’s board of directors and Nazara’s majority stake-acquisition of adtech firm Datawrk.