Reich has spent 5.5 years with ironSource and subsidiaries 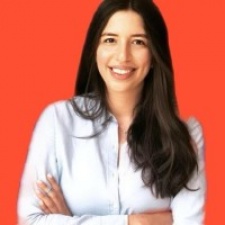 Supersonic Studios' Danielle Cohen Reich has been appointed as VP of gaming at parent company ironSource.

Reich has worked as director of gaming at Supersonic Studios since 2020 and became senior director, head of gaming in January this year.

Supersonic Studios was first launched by ironSource at the very start of 2020, with Reich taking the role of director of gaming. Games published by the studio include Run Royale 3D, Samurai Flash! and Draw Edge.

Reich has worked at ironSource and its subsidiaries for more than five years.

"I’m extremely proud of what my team at Supersonic Studios has achieved, becoming the world’s leading hypercasual publisher in just three years! We’re on a rocket ship smashing all records and I can’t wait to launch more exciting games and to share our success with many more developers around the world," she said in a LinkedIn post.

"Special thanks to my mentor and friend Nadav Ashkenazy for taking a chance on me over 5.5 years ago and inspiring me to reach new heights every single day."