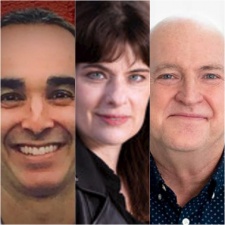 Fraser joins Hyper Hippo as an executive producer, having previously served at Clipwire Games as head of studio and has more than 20 years of mobile gaming industry experience. She has worked on and led franchises from Tetris to How to Train Your Dragon. Now, as executive producer at Hyper Hippo, Fraser will be responsible for strategic leadership, overseeing live ops and development teams.

"We are thrilled to have MK here at Hyper Hippo. Her brand of leadership and deep game development experience will propel us forward, creating more games that will delight our audiences worldwide," said Hyper Hippo SVP portfolio Jon Warner.

Aaronson joins Hyper Hippo as SVP, responsible for leading marketing, new global markets, experiences for players and more. His previous experience includes the role of executive VP of digital distribution and global strategy at NBC Universal, and he has more than 15 years of experience in senior leadership roles within the entertainment industry.

"Hyper Hippo is celebrating its 10th year in the video game industry, and we are thrilled that our leadership team has never been stronger to lead us as we entertain, connect and inspire fans for the next 10 years!" said Hyper Hippo CEO Sam Fisher.

The latest addition to the Hippo Executive Group, Jonathan Warner has been promoted to SVP, portfolio from his previous head of the lab role. Warner has more than 20 years’ experience and has a background in Disney, EA and Microsoft. His responsibilities will include providing direction and leadership to multiple teams.

Whilst announced alongside the two new hires, Warner has in fact been in this new role since December 2021.

"We have an incredibly talented Hippo Team led by exceptional leaders," added Fisher. "Hippo will continue to expand its entertainment portfolio and serve more and more players around the globe for years to come."