This marks the company’s second studio in the city 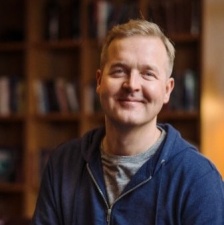 Netflix has announced the opening of a new mobile game studio in Helsinki as the company increases its attempts to diversify into gaming.

The studio will be led by Marko Lastikka, former vice president and general manager of Zynga. This marks the third studio headed by Lastikka in Helsinki, having previously co-founded studios for both Zynga and Electronic Arts in the city.

This also marks the second Netflix Games studio in Helsinki, with the company acquiring Next Games earlier this year.

“Today, I’m excited to announce that we are establishing an internal games studio in Helsinki, Finland, with Marko Lastikka as the studio director,” said Netflix VP of game studios Amir Rahimi. “This is another step in our vision to build a world-class games studio that will bring a variety of delightful and deeply engaging original games — with no ads and no in-app purchases — to our hundreds of millions of members around the world.”

Rahimi highlighted Helsinki as a hotbed in the mobile gaming industry, and home to studios such as Supercell and Rovio. As someone who’s already co-founded two studios within the city, Lastikka’s experience and knowledge of the Finnish gaming industry could make him the ideal person to lead the new team.

Despite a year that’s seen Netflix add four studios to its portfolio, the company’s attempts to enter the games space have so far proven mixed. Although the company’s games averaging 1.7 million daily users, this represents less than 1 percent of the company’s subscribers. However, Rahimi remains optimistic about the future of the company's gaming efforts.

"It’s still early days, and we have much more work to do to deliver a great games experience on Netflix. Creating a game can take years, so I’m proud to see how we’re steadily building the foundation of our games studios in our first year, and look forward to sharing what we produce in the coming years."

Last month we named Netflix, Rovio, and Supercell as three of the top 50 mobile game makers of 2022.