Reini previously held the role of CFO at Remedy Entertainment 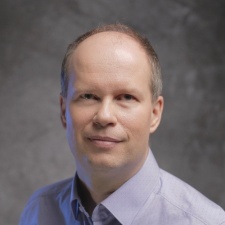 Finnish games studio Fingersoft has announced the appointment of ex-Remedy CFO Mika Reini to its board of directors.

Finland has a thriving gaming industry, particularly in the mobile games space, being the home of studios such as Supercell and Rovio as well as two studios owned by Netflix Games.

Finland is also home to Remedy Entertainment, where Reini previously worked as CFO. The studio is best known for AAA titles such as Control and the Alan Wake series.

“There’s some news that I’ve been waiting to share with you all and now I can. I have joined the Board of Directors at Fingersoft. Thank you to the shareholders of Fingersoft for the trust,” said Reini.

Apart from Remedy, Reini has also held roles as a board member at Nopia Ltd and Redhill Games. He also founded Dreamboss Ltd, which Linkedin lists as being involved in advising, consultancy, and investing.

This appointment follows Finnish gaming entrepreneur Joakim Achrén joining the board in September 2021. Since then, the company has been growing its profile, with Hill Climb Racing surpassing a milestone of two billion downloads in April this year.

Last month, we held Pocket Gamer Connects Helsinki – our biggest show in the region yet.