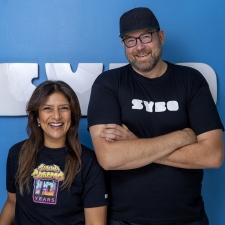 Sybo today announced that their longtime Chief Marketing Officer, Naz Amarchi-Cuevas will be departing the position. In her place the company has tapped Rovio and SERIOUSLY veteran Philip Hickey to fill the position. Hickey comes with a pedigree of experience working on marketing and communications for two prominent mobile games, Rovio’s hit Angry Birds and SERIOUSLY’s Best Fiends.

Commenting on the hire, SYBO’s CEO, Mathias Gredal Nørvig said “We couldn’t be happier, in fact, delighted to welcome Phil, it was almost surreal and serendipitous to have been able to bring him on board during this time. It feels like a natural step change for us to bring someone as strong as Phil, already having worked with both Naz and with David Byrne, who serves as our COO and Head of Games, while they were at Rovio.”

Goodbye to one, hello to another

Amarchi-Cuevas, the outgoing Chief Marketing Officer, had joined Sybo in 2017, working as Chief Commercial Officer for the company’s flagship mobile title, Subway Surfers. Nørvig thanked her for her work in a statement “Naz has been fundamental to SYBO’s growth story. Her leadership, business acumen and keen understanding of the entertainment space has no doubt been one of the driving factors in our worldwide continued success. We are sad to see her go but support her wholeheartedly as she continues in her professional journey, and most importantly, she remains a friend of the studio.”

It is understood from the announcement of this new hire that Hickey will both be responsible for the ongoing commercial development of Subway Surfers, and other duties “including setting strategy for a new genre that SYBO is entering in the puzzle category.” The latter implies that SYBO may have another new announcement on the horizon sometime in the future for a new game or project.

Hickey comes from studio SERIOUSLY which was unfortunately shuttered earlier this year by owner Playtika. SYBO meanwhile saw itself acquired by former flash-game giant, now mobile powerhouse Miniclip in June of this year.