Beats out predecessor by 7 months 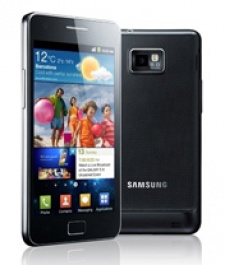 Now it's revealed the figure has doubled, with the device having sold 20 million units since its April 2011 launch.

Samsung noted that by reaching this figure in ten months, the Galaxy S II has beaten its predecessor by seven months.

Samsung will be glad of some positive headlines ahead of Mobile World Congress too, especially since it's been involved in legal battles with Apple which have led to preliminary bans of its products around Europe.

Most recently however, Samsung won a German court case against Apple in which its modified Galaxy Tab 10.1N was passed for sale, after the initial 10.1 device was banned for infringing on Apple patents in the eyes of German law.

Its Ice Cream Sandwich-equipped Galaxy Tab 2 is due to arrive in the UK in March.

Boasting a 7-inch screen, it's designed to gain a foothold in the smaller tablet market against rivals such as Amazon's Kindle Fire and BlackBerry PlayBook.