Staffing up to ship its first mobile game in 2012 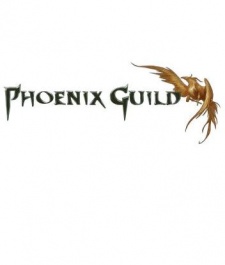 OpenFeint founder Jason Citron has announced that his new company, Phoenix Guild, has raised $1.1 million in funding from venture capitalists and angel investors.

Phoenix Guild's mission is to be "the Blizzard of the post-PC era," and Citron cites handset sales as evidence that touchscreen mobile devices will soon replace consoles as the primary medium for core gaming.

On this basis, Citron believes the potential market for Phoenix Guild's games will surpass 1 billion players.

"Post-PC devices are growing faster than any consumer electronics category in history and gaming is the killer app," explained Citron.

"It's obvious to me that fantastic, engaging games need to be built for these devices but instead everyone's building these lame F2P sims."

Phoenix Guild aims to cater to the hardcore instead, "by combining respectful, modern monetisation techniques with traditional game design."

"YouWeb was eager to invest in Jason and help him create OpenFeint years ago. However, we're even more excited participate in Phoenix Guild than we were with OpenFeint," said Peter Relan, founder of YouWeb and co-founder of Openfeint.

"We're witnessing a sea change in the gaming industry towards post-PC devices and Jason's new project is exactly what it needs."

Citron is hoping to use some of that $1.1 million to recruit a few more founding members to the Phoenix Guild team. Citron's seeking a triple-A developer, a 3D artist, and a game designer to join his San Francisco studio.

"This is an opportunity to get in on the ground floor and contribute significantly to everything: culture, team, design," enthused Citron.

Those interested in learning more or applying should mail apply@phoenixguild.com for more information.

"It's not often you get to build something you're incredibly passionate about, but I believe that's how greatness happens. You've just gotta pour your heart and soul into it. That's what we're doing with Phoenix Guild."