Player to player economies: Why mobile needs to do it, and how Hay Day did it badly

Vili Lehdonvirta of the University of Oxford explains all 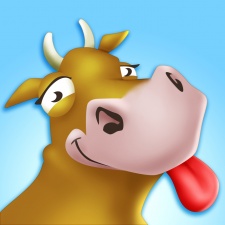 Bold is the person that dares to suggest Supercell may have got something wrong in public, but Vili Lehdonvirta of the University of Oxford did exactly that during his talk at the F2P Summit in London.

His topic? Why developers should include a player to player economy in their game. His example? Supercell's farm simulator Hay Day.

"This how not to do it," said Lehdonvirta on the topic of player-to-player exchange marketplaces.

"In Hay Day, you have a road side shop where you can sell your produce to other players. But what's happened is, because the UI doesn't facilitate exchanging goods for goods directly, unofficial trading forums have sprung up where people request goods, friend each other, and then use a strange signalling system.

"They put wheat in the first slot in their shop, and then the other player buys that wheat to let them know that they're there. Then the original player puts the real product in that same slot and the exchange is made."

Lehdonvirta's point was that, without prompt, Hay Day players want to engage in deep economic play, but the UI simply doesn't tolerate it. But why should it?

A player to player economy, Lehdonvirta contests, can actually make a developer's life easier. While they're hard to maintain – some PC games having to employ economists to take charge of them – they end up increasing user engagement.

In short, players simply prefer working with real people playing elsewhere on the globe than they do NPCs.

"It adds to the depth of game experience," he continued. "People know they are trading with real people, and will do all kinds of tricks to make it more alluring. It's just a better experience than what you get with an NPC."

It all leads to a "stickier" game than one that focuses on a single player experience. Users essentially start powering the game for you, forming their own alliances, bringing in their own politics, setting each other challenges, all through the creation of a fairly basic item exchange system.

Want the value of your resource to rise? Why not hire a bounty to attack and distract your rival, making you the sole provider.

"It's just much more engaging to take on a challenge set by another player – it just seems more real," he added. "Much more real than a message saying 'come back and feed your chicks, they can't survive without you!"

Such tricks aren't limited to PC games, either. Card trading game Magic: The Gathering has also mastered the art. Battles are just one part of play – real world exchanges are the other big draw.

Mobile, however, does have some hurdles to clear if it wants to do a better job at player to player exchanges than Hay Day.

"The key challenge in mobile, or rather the big limitation is, you don't have the same kind of UI available as you do with something like EVE Online," he concluded.

"This kind of co-ordination and trading seems like it involves lots of typing and communication. That doesn't seem like it'd be much fun on mobile."