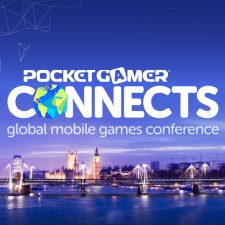 At Pocket Gamer Connects London 2015 on the 13-14th January 2015, we’ll be bringing hundreds of the leading names and businesses in the mobile gaming world together to share, learn and network.

And with that in mind, we’ve dedicated one of our five tracks entirely to that exchange of ideas across the world. East Meets West is an opportunity for you to literally learn about the world of mobile gaming.

Looking at the US, Europe, Latin America, the Middle East, China, Korea, Japan, India and beyond, our expert speakers will help plug you into the major issues affecting each of those markets and how to overcome them.

Five of the best

So who is coming along to talk? Here are five of the leading names planning on sharing their wisdom at Pocket Gamer Connects in January 2015.

CEO of one of the largest gaming companies in China and responsible for an exclusive deal with Valve in October 2012, Robert Xiao is an immensely experienced operator and will be sharing his thoughts on the exchange of ideas between east and west at the start of the conference.

The brains behind Chain Chronicle, Puzzle Trooper and Brave Frontier, Gumi Inc have spread successfully across Asia and out across the wider world. Masaru Ohnogi will be explaining a bit about how they did it, while taking a deeper look at the Korean market.

After a shaky IPO earlier this year, the successful global launch of Candy Crush Soda Saga has put King’s mobile gaming world dominance mission back on track. Tommy Palm will be joining the track to discuss success across the world and how you could look to achieve it.

India’s best known mobile gaming company, Reliance Games have brought to life games on behalf of some of the world’s biggest entertainment IPs including the Hunger Games, Real Steel and Pacific Rim. Manish Agarwal will be telling us about that and why this may well be the year that India becomes a mobile gaming powerhouse.

US - Chris Petrovic, Head of Corporate Development and Licensing, Kabam

Following on from the wild success of The Hobbit on mobile devices, Kabam has managed to assert itself as one of the go to companies for Hollywood brands. In his role as Head of Corporate Development and Licensing at the company, Chris Petrovic will be spilling the beans on how to attract the big guns during his talk.

And while these five are truly excellent speakers, there are plenty more in store. We’re going to have speakers from the likes of Glu Mobile, Gamevil, Rovio, Chukong, Chorus Worldwide, Game Insight, Newzoo and Wargaming along as well as hundreds of other experts on our other three tracks.

The biggest names in mobile gaming are going to be joining us on the 13th-14th January in London – will you be there with us?