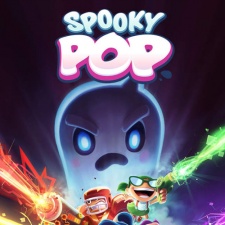 Soft launched on 2 December 2014 and since updated twice, it Supercell's potential fourth mobile game - Spooky Pop - has been canned.

Previously available in Australia and Canada, as the Finnish developer looked to see if the match-3 puzzler could live up to the high standards set by Clash of Clans, Hay Day and Boom Beach, the game has now been pulled from the App Store.

As showing on App Annie's page for Supercell, the game now sits alongside Battle Buddies and Pets vs Orcs as titles that didn't make the cut.

Of course, considering Supercell is the top grossing mobile game developer in the world, Spooky Pop may not have been a bad game. Just one that didn't live up to expectations.

After all, with Clash of Clans rumoured to have generated $1.8 billion in 2014, Supercell also has to think about the opportunity costs if it launches a substandard experience, not to mention the amount of media attention any new game would attract.

As for those people who have already downloaded the game, a push notification informs them that in-app purchases have now been disabled and the game itself will stop working on 10 March.