A Game of War reskin or something wholly new? 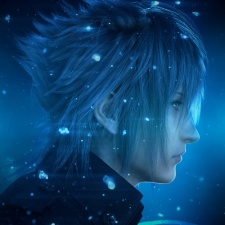 The game will combine the storyline, characters and soundtrack of Final Fantasy XV with MZ's technology. It will be developed by a new MZ game studio.

To date, MZ has released just two games – Game of War and Mobile Strike. Given the similarities of both titles, it would not be surprising if the new title was made in the same vein.

“It is an honour to work on a franchise I have loved since I was a kid. Final Fantasy is an iconic franchise in gaming," said MZ founder and CEO Gabe Leydon.

"Bringing Final Fantasy XV to the mobile MMO gaming world is a significant opportunity for our players and we are proud to partner with Square Enix."

The new game could be incredibly lucrative for both parties. Both Game of War and Mobile Strike are consistent top ten grossing games, and have been estimated to be worth $5.7 billion for MZ.

"We are very excited to work with the MZ team to bring together two leaders in the gaming world and look forward to Final Fantasy XV on MZ's amazing gaming platform. We'll work together to create MZ's next great global mobile MMO game."