The Grow Your Talent panel discusses culture and talent pools 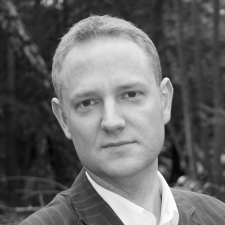 The word culture to describe how a studio operates and its employees work together can be a dangerous term to use, says The Secret Police CEO Harry Holmwood.

Speaking during a panel session at Pocket Gamer Connects London 2017 called Grow Your Talent, Holmwood said it’s very easy to hire people like yourself when recruiting.

He added however that what developers don’t want is a sea of people who are exactly the same.

Holmwood explained that what company culture needs to be is a culture of people dedicated to making really good games, not just white middle-class people working in London.

Of course, creating the right team culture can be important for a studio, and is something Gram Games Culture Developer Erin O’Brien has also discussed in depth during the event..

The panellists also discussed that having a pool of talent who you could approach for a job in future, can help ease the recruitment process.

The Imaginarium Studios Head of Games Gina Jackson said one way to grow your pool of potential hires is to have meetings without agendas.

She explained that by just approaching and talking to people through networking, it could lead to discovering what industry skills they have that might be relevant to your studio, and by keeping in touch could be approached for a job even six months down the line.