UK studio snapped up after generating over $50 million in revenue 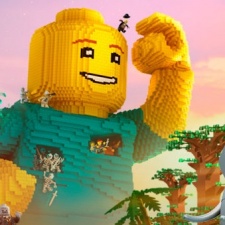 The Wilmslow studio currently employs 33 staff and has released titles such as Golf Clash and Village Life.

Its portfolio of games have been downloaded more than 50 million times and generated more than $50 million in revenue for the developer.

A statement noted that its current titles will continue to remain on the stores and supported.

The cost of the acquisition was not disclosed.

“This is a wonderful opportunity for our company,” said Paul Gouge, Playdemic CEO.

“We built Playdemic to create innovative, meaningful mobile games with high production values, which deliver a uniquely social, incredibly fun and shared experience for our players - and cannot imagine a better context in which to continue that work.

“We’re all huge fans of the LEGO Group and the LEGO games made over the years by TT Games, and we’re tremendously proud to be able to make a new contribution to that legacy.”