Supercell continues to flash its cash 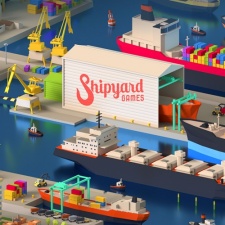 Shipyard was set up in February 2017 and includes former Grey Area staff, a studio best known for its location-based title Shadow Cities which first launched in 2011.

As reported by VentureBeat, the team will be using its experience to develop a new single-player location-based title.

No details have been revealed yet, but the game is expected to be designed for a casual market and launch in early 2018.

"We are in the business of making location-based games because we just can't get enough of them. They are like a good sized bag of kettle cooked potato chips with aioli dip. Once you're on, you won't get off until you've consumed every last crumb of unparalleled joy," said Andreas Wedenberg, co-founder and CEO of Shipyard Games.

"Location-based games are hard work, but the potential is huge. We know Pokemon just scratched the surface."

It is not Supercell's first investment into fellow Finnish studios. In September 2016 it acquired 51% of Badland developer Frogmind to begin a "long-term partnership".