Weekly games launch on the platform 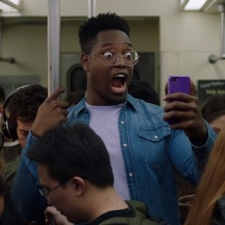 Messaging app Snapchat is launching a new wave of augmented reality games on the platform with its new 'Snappables' lenses.

Users can control the games using touch, motion and facial expressions. Players can also invite friends for to take part in multiplayer or complete on leaderboards for high scores.

Control with your face

In a statement Snap said the initial games would have players fighting aliens, starring in a rock band and playing basketball.

The video below meanwhile shows other kinds of titles set to launch on the platform, particularly centring on facial expressions as a control input.

Back in November Chinese publishing giant Tencent acquired a 12 per cent stake in Snap. A spokesperson said at the time it wanted to work with the company on “mobile game publishing”.