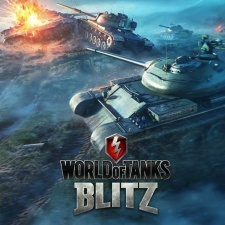 World of Tanks Blitz is celebrating its fourth birthday with a landmark 100 million downloads.

Billed as a mobile-only spin-off from World of Tanks, Blitz released in North America on June 27th, 2014. Blitz offers a smaller, faster experience than the main title, and popularity saw it ported to PC a year later.

Wargaming cited a number of factors for the game’s success to date, including support for worldwide tournaments such as last weekend’s Mobile Masters Seattle.

Blitz launched in China last December in partnership with NetEase. The existing World of Tanks had already proved popular in the region and Wargaming successfully banked on the mobile edition landing with a Chinese audience.

Wargaming also credited a partnership with Games Workshop for expanding the title’s audience. Both publishers collaborated to create a themed Warhammer 40,000 event for World of Tanks Blitz.

“Since its release in 2014, Blitz has proven to be much more than a mobile port of World of Tanks.”

“With passionate fans, supremely talented players – and unconventional collaborations that make people stop and take notice – I can safely say that the best is yet to come for World of Tanks Blitz.”