Concurrent player count of over 67k, too, on PC 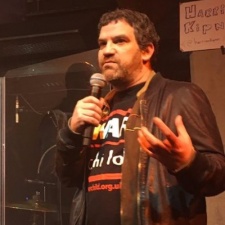 It sure looks like the Football Manager games continue to have a pretty sizeable audience.

That's going off some tweets from the franchise's director Miles Jacobson OBE (pictured) of Sports Interactive, who took to Twitter (below) on Sunday to share some stats about how the titles were performing.

As if that wasn't enough, over 1.2m people have played Football Manager games over the last month. That includes the mobile and PC versions of the hit management simulator.