What can indie developers learn from the music industry? 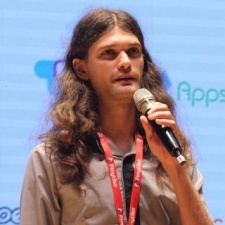 Smaller developers should do out there projects.

That's according to Arnold Nesis from Capricia Productions who today at Devcom gave a talk comparing the games industry to the music business.

The studio CEO and co-founder said that the bands that changed the world are generally the ones who went against the grain and were initially rejected by the mainstream.

"Do crazy shit - this is what indies are supposed to do," he said.

Music to the ears

"If we go back to the music industry and look at which artists actually made it, we see some really cool patterns.

"Here are some critics talking about a band: 'They are not merely awful...They are so unbelievably horrible, so appallingly unmusical, so dogmatically insensitive to the magic of the art, that they qualify as crowned heads of antimusic'. That was said about The Beatles.

"The amazing thing is that this story keeps repeating itself over and over again. It happened to every good musician ever - it's not just bands we like, it's bands that changed the course of history and did something dramatic that changed music forever.

"Jazz was seen as inferior to classical music. Rock was the music of the devil. And metal... well, they were eating bats and stuff. There is a reason why this keeps repeating."

Our sister-site PCGamesInsider.Biz has the full story