Title said to have made $3.17 million in August alone 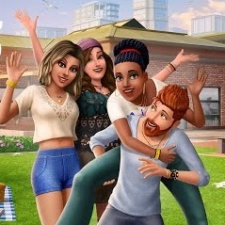 EA's The Sims Mobile has brought in more than $20 million in revenue since its launch in March.

According to market intelligence firm Sensor Tower, the new game is estimated to have generated $3.17 million in August 2018.

That represents a 17 per cent jump from July’s $2.71 million in sales.

The majority of revenue (58 per cent) is said to have come from the US, accounting for $14.3 million in revenue.

Great Britain was the second most lucrative market for the title with $1.97 million (7.9 per cent) of sales generated in the country.

Google Play has proven most popular for the title, making up 58 per cent of its total 41.5 million downloads to date. In August alone the game was said to have racked up 4.9 million downloads, up 46 per cent from July.

The Sims Mobile developer and publisher EA was ranked 12th in PocketGamer.biz's Top 50 Developer list for 2018.