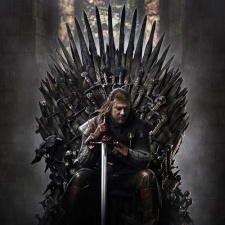 Mobile games publisher Zynga has bagged the licences for a string of big IP including Game of Thrones, Harry Potter and Star Wars.

Newly revealed during its Q3 financials was the news of a Harry Potter match-three mobile title that the company aims to launch in the second half of 2019.

That Warner Bros-owned franchise has already proven hugely lucrative to another publisher, Jam City, with its own RPG Harry Potter: Hogwarts Mystery, while Niantic is at work on the hotly anticipated location-based augmented reality title Harry Potter: Wizards Unite.

On top of that, Zynga has also nabbed a multi-product licensing agreement with HBO to develop and publish two new mobile Game of Thrones games. The first of these will be a social slots title, currently slated for release in the second half of 2019.

As previously announced, the publisher already has a multi-licensing deal with Disney to make new Star Wars mobile games. It’s currently at work on one title, with the option for a possible second in the future.

Another licensed title set for a global launch this week is match-three game Wonka’s World of Candy.

“A key area we’re investing in is the match-three category given its tremendous reach and popularity amongst our existing player base,” read a statement in the company’s financials.

“Our teams are pushing creative boundaries by combining match-three and builder game mechanics with proven brands that enable us to reach global audiences.”

Not just tapping large external entertainment IP, Zynga is also leaning on its own franchises with new releases.

Its Helsinki studio is at work on a new FarmVille title while a team at its San Francisco HQ is developing a CityVille game. These are expected to enter soft launch during the first half of 2019 with an eye for one of these to achieve a global release by the end of next year.