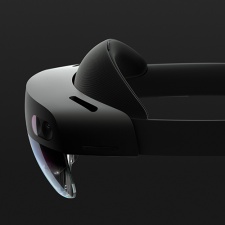 Much like its 2016 predecessor, HoloLens 2 doesn't come cheap, coming in at a cool $3,500. Right now, the tech is being aimed at businesses for enterprise use.

On-stage during the unveiling, Epic's Tim Sweeney said that Unreal Engine support for the AR hardware is in the works and will be rolled out to developers in May of this year.

It's clear that the Fortnite boss isn't talking about game development, rather the enterprise audience that Microsoft is targeting. Sweeney did however say that Epic is in the AR scene for the long-term, so it's likely we'll be seeing Unreal powering augmented reality games in the future.

Furthermore, Sweeney praised Microsoft's open approach to development for HoloLens, saying that he doesn't want to see walled gardens appearing around this emerging market. Just three years ago, the Epic boss was publicly clashing with the Big M over its new Universal Windows Platform and the Microsoft Store for being a closed platform.