Largest library of Cartoon Network games in one place 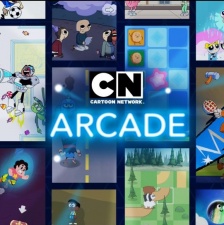 Cartoon Network has revealed a new mobile app called Cartoon Network Arcade that will feature a host of games based on the company’s animated series’ all in one place.

Launching with the app are 15 original titles including Teen Titans Goal, Ben 10 - Brains vs Bugs and Adventure Time - Raincorn’s Flying Colors. By playing through these mini-games, player can unlock digital figures of their favourite characters. Over 60 figures will be available to collect from day one.

One other way of gaining figures will be by watching the shows themselves. Through automatic content recognition, the app will recognise the episode the player is watching and will give them a figure for their collection.

Furthermore the company is offering users the opportunity to take part in activities based around different shows , while having the chance to vote for what digital figure they want to see implemented next.

The LEGO Group is acting as one of the app’s launch sponsors and is offering players an exclusive figure to help start their collection.

Cartoon Network said it will continue to update the app with new content, games and collectible figures in future.

The app will be available to download in the US from March 11th, 2019 across the App Store and Google Play.