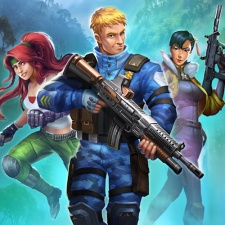 Puzzle Combat incorporates match-three and RPG elements while giving players the opportunity to grow an army in an attempt to thwart all competition.

By summoning heroes and weapons players can build a defence base to keep foes away while learning special powers and upgrading them through progression.

Worldwide PvP battles are also mentioned in the game’s description as well as the ability to blast enemies with missiles, grenades and bombs. All of which can be combined together to create combos.

Puzzle Combat went into soft launch for iOS and Android on March 8th, 2019, however is not available to download in any countries at the moment of writing.

It all sounds very similar to Empires & Puzzles, which itself combined match-three and RPG elements to great success.

That title took home the award for Best Breakthrough Hit from the third annual Google Play Awards in 2018. Developer Small Giant was also a finalist for Best Live Ops and Best Developer at the Pocket Gamer Mobile Games Awards 2019.

In December 2018, US mobile publisher Zynga acquired the Finnish games studio in a deal which valued the company at over $700 million.