Readies itself for potential acquisition spee; has entered into $150 million revolving credit facility 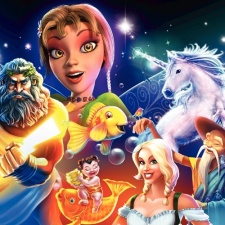 The social gaming business of casino equipment maker Scientific Gameshas filed for an initial public offering on the US Nasdaq.

The SciPlay subsidiary operates a number of mobile social casino and casual games, including Monopoly Slots, Jackpot Party Casino, Gold Fish Casino and Bingo Showdown. All seven of its games were said to have achieved their highest monthly revenue ever in 2018.

The proposed IPO will be for a minority interest in the business. The number of shares to be offered and the price range have not yet been determined.

In its filing, the company claims to have 2.6 million daily active users and 8.3 million monthly active users across its portfolio. The average revenue per DAU is $0.43, while payer conversion rate is said to be at 5.5 per cent.

The company states its aim is to be the number one casual mobile games company in the world. It described its casual games as a “blend of slots-style or bingo gameplay with adventure game features”.

As part of Scientific Games, the games division also has the rights to use other licensed brands such as James Bond, Michael Jackson, Cheers and The Godfather. Across SciPlay's five studios the company currently employs 400 staff.

The firm also plans to conduct acquisitions and in connection to its offering it's set to enter into a $150 million revolving credit facility.

Social casino will be a topic of conversation at Pocket Gamer Connects Seattle 2019 on May 13th to 14th.