By the power of Grayskull 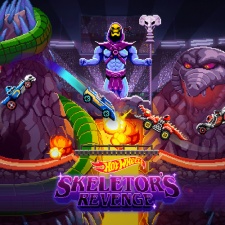 Finnish-based developer Dodreams has launched its latest event for gladiator car fighter Drive Ahead which sees Masters of the Universe villain Skeletor infiltrate the game.

Skeletor’s Revenge is a free five-week game event that will feature new and exclusive Skeletor-themed Hot Wheels vehicles, as well as a helmet modelled after the well-known He-Man antagonist.

To unlock these event prizes, players must defeat Skeletor and a number of other creatures hailing from Snake Mountain.

The new update will be available for all users to play from April 10th, 2019.

Everything comes to he who waits

“Working with Mattel and Hot Wheels has allowed us to really double down on the collectable nature of the Drive Ahead cars, with new vehicles with real-life Hot Wheels counterparts being introduced weekly,” said Dodreams head of marketing Edvard Groundstroem

"The positive fan feedback has surpassed even our greatest expectations, and with this kind of reception, it’s hard to even imagine what the introduction of an iconic character like Skeletor will look like. It’s safe to say we’re expecting to break records.”

Skeletor’s Revenge marks the final episode of the studio’s collaboration with Hot Wheels on a variety of weekly in-game events to celebrate the car brand’s 50th anniversary.

Recently Dodreams’ CEO Erik Pöntiskoski spoke to us about the future of the mobile games industry.