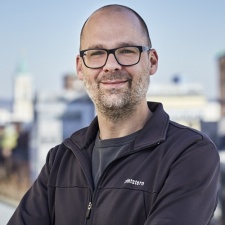 The Leamington Spa-based developer is currently working on Warhammer Combat Cards. The team is staffed with former staff of Codemasters, Rebellion, Exient, Sega and EA.

Well Played had previously partnered up with Kersting's former company Flaregames to publish the title.

The deal for Well Played is the first part of Phoenix Games’ plan to build a network of international developers and service providers that will work together under the Phoenix banner.

“We’ve been hard at work behind the scenes and we couldn’t be happier to have Well Played Games be the first team to join Phoenix,” said Kersting.

“The issues that we’re attempting to tackle particularly resonate with them and, as a small yet ambitious team that’s packed full of talent, they’re exactly the kind of company we want to build Phoenix around.”

Well Played Games Co-Founder Rich McClaughry added: “We have really enjoyed the journey of setting up Well Played Games over the past two years, and we’re immensely proud of what the team has achieved together.

“Being part of Phoenix Games gives us the opportunity to retain our creative independence and ultimately create better games, while also joining like-minded companies from around the world in an environment where we build value together. We’re excited to be the first company to join.”

PocketGamer.biz previously spoke with Kersting about why he founded Phoenix Games and what kind of acquisitions the company is on the hunt for.