Roblox was making over $1.2 million daily over last month 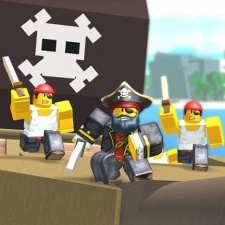 Roblox has brought in more than $750 million on mobile ahead of its launch in China.

Sensor Tower reports that mobile revenue for the sandbox hit grew 50 per cent year-over-year in May, reaching an estimated $36 million for the month. That would mean Roblox brought in a daily average of $1.2 million during the month, compared to $774,000 daily in May 2018.

Roblox's lifetime revenue puts it a substantial leap ahead of fellow creative sandbox Minecraft. As of February 2019, Sensor Tower claims Mojang’s phenomenon has grossed an estimated $500 million-plus on mobile since 2014

Two-thirds of Roblox revenue on mobile came from the United States, contributing $503 million in player spending. The UK follows in second with $67.5 million in revenue, representing nine per cent of the total.

This milestone gives a solid footing for Roblox’s first step into China, courtesy of a partnership with Tencent. The game is being pushed as an educational tool in the region, with scholarship funds letting some fans attend creator camps at Stanford University.

“Our partnership with Roblox provides an engaging way to reach children of all ages across China to develop skills like coding, design and entrepreneurship,” said Tencent senior vice president Steven Ma, at the time.