Developers say firm is struggling with maintaining the middleware 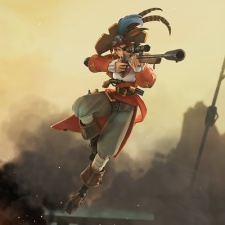 Retail giant Amazon is reportedly looking into allowing its developers to use other game engines as they wrestle with its own Lumberyard tech.

That's according to The Wall Street Journal, which spoke to staff at Amazon Game Studios who said that the team behind its Lumberyard engine is struggling with running its own tech. This news comes alongside the revelation that the developer was making dozens of job cuts.

“[The Lumberyard team is] still ironing out the kinks of what it means to own and maintain your own engine,” one Amazon Game Studios developer said.

Lumberyard is based on CryEngine, which Amazon licensed from Crytek in 2015. Issues with the tech were reportedly behind the cancellation of Breakaway in March 2018. Another unannounced PC title has also been cancelled, too.

"Since our last announcement, we have worked to implement community feedback and iterate on Breakaway’s core gameplay," the studio said on Reddit last year.

"While we have developed many ideas and made a lot of progress, we are also setting a very high bar for ourselves. In spite of our efforts, we didn’t achieve the breakthrough that made the game what we all hoped it could be. After a lot of soul searching, the team decided to focus on new ideas. As a result, Breakaway is no longer in active development.

"We remain exceptionally proud of the team’s work, and feel privileged to have been a part of such a dedicated and enthusiastic community. We will reach out to this channel as soon as we have news to share regarding our new projects, and if a thunderbolt of inspiration strikes that leads us back to Breakaway, you’ll be the first to know."

Founded in 2012, Amazon Game Studios attracted a lot of top-tier talent but is yet to see much success in the games industry. Lumberyard is freely available for other developers to use, but has yet to power any released blockbuster titles.

Update: PocketGamer.biz has also been told by a source close to the matter of the difficulties Amazon's internal development teams have had with the Lumberyard engine.

Earlier this year the source claimed that internal teams had previously been required to use the tech to make its games, but this is now no longer the case.

We've reached out to Amazon for comment on the matter.