Casual puzzle series has brought in over $4 billion in revenue 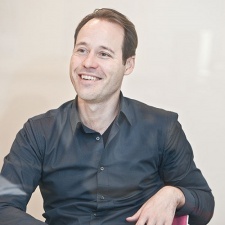 Candy Crush co-founder Sebastian Knutsson thought the puzzle title would not succeed and believe the game would be “dead” within six months of launch.

As reported by The Sun, Knutsson had little faith in how well Candy Crush would do financially, while speaking on the series passing the $4 billion revenue mark.

The match-three puzzler was originally designed by Knutsson has gone on to bring in over $4 billion in revenue for owners King, with the title making a sweet $1.3 billion in 2018 alone.

Knutsson today holds the role of chief creative head and puts a lot of Candy Crush’s huge earnings down to sheer luck.

"To be honest, we had great timing when we came out,” said Knutsson.

"When it launched on Facebook no-one thought much of puzzle games, big-budget console games were seen as ‘the big games’ and casual games were something you didn't really talk about. Being part of that zeitgeist and making that happen has given it a permanence in people's minds."

The Candy Crush series has continued to thrive, with the original game recently returning to the top of the US grossing charts.