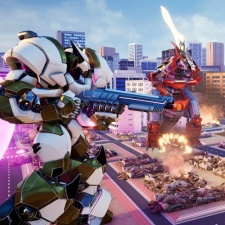 The developer is the first acquisition by the publisher and will be renamed as Modus Studios Brazil as part of the deal.

The team has developed titles such as multiplayer brawler Override: Mech City Brawl, set to launch on Nintendo Switch later this year having already released on PS4, Xbox One and PC.

“This is one of many giant steps for Modus as we strengthen our goal to bring triple-A publishing services to independent developers,” said Modus Games CEO Christina Seelye.

“With the creation of Modus Studios Brazil, we will be better positioned to fund and support burgeoning markets and enhance Modus IPs.”

The Balance co-founder Lucas Carvalho added: “We are very excited to embark on this new endeavour with Modus Games.

“It’s been our dream to push our creative boundaries and work on a wide variety of games, and our new partnership with Modus has made this possible.”