Players can sign up for now though spaces are limited 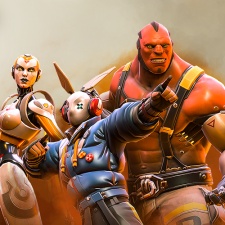 The Czech studio revealed the news alongside a partnership with tech hardware firm Asus, which will see the new Shadowgun entry “make the most” out of the company’s ROG Phone II. Exclusive in-game cosmetics will also be available for any players who use the device.

Shadowgun War Games is a multiplayer first-person shooter specifically designed for mobile. This will be the fourth iteration in the series, with a release date scheduled for some time in the winter.

Anyone interested in signing up for the beta can do so here, however spaces are limited.

“We can’t wait to see how our community and players around the world react to what we’ve created. It’s a great game and people are going to love it.”

Unity head of product Brandi House added: “We’re really proud to see what Madfinger has managed to achieve using our development platform. “It’s a wonderful game and we’re so happy they could join us at Unite Copenhagen to share the news with the world.”

At Unite Copenhagen, Madfinger Games revealed that the studio has accumulated over 250 million downloads across its entire game library.