Monthly players up 40 per cent year-on-year 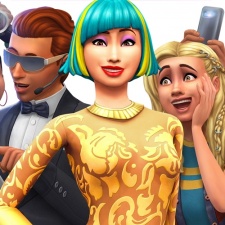 The Sims franchise has surpassed $5 billion in lifetime revenue.

It was revealed by Electronic Art’s CEO Andrew Wilson during the company's Q2 earnings call.

The number of monthly players for the simulation title increased by 40 per cent year-on-year.

In fiscal 2019, The Sims 4 had grown 35 per cent, with the company predicting continued growth.

“The Sims 4 also continues to be an incredible long term live services with a growing audience. Monthly average players were up more than 40 per cent year-over-year in The Sims 4, and engagement across the franchise has led The Sims to surpass $5 billion in lifetime sales,” said Wilson.

“The Sims continues to be one of the great franchises in gaming and we have plans to bring new experiences to its amazing plays for a long time to come.”

I'm bullish on VR, but don't expect any revenues in the near future, says EA CEO