"It will really give us a head start in making the system-defining games everyone is waiting for..." 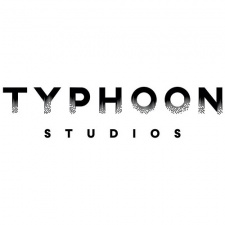 As revealed in a blog post, the independent developer will continue its work on its upcoming title Journey to the Savage Planet - a game that will be launched on multiple platforms on January 28th, 2020. From that point on, it will work exclusively on games for Google's platform.

The studio is headed by its founders, Alex Hutchinson and Red Schneider. The team at Typhoon will join Stadia Games and Entertainment in Montreal Canada.

The Canada-based studio is led by Sebastian Puel, a former Assassin's Creed developer from 2009 until 2014's Unity.

"They've really assembled a triple-A team, and the goal of acquiring the team is that it will really give us a head start in making the system-defining games everyone is waiting for," Stadia Games & Entertainment head Jade Raymond told GamesIndustry.biz.

"This is a top triple-A team of industry veterans who already have a great working relationship and were able to ship something quickly, and they have a lot of great ideas for the platform."

Google's first-party development studio was originally announced back in October. Raymond has confirmed that it will be some time before any Google-produced titles will make their way to Stadia. Currently, the focus is on external projects.

We recently spoke to Kinda Funny's Greg Miller and Tim Gettys regarding the launch of Google Stadia and what the streaming service needs to do in 2020.

Stadia Founder’s Edition bundle sells out in Europe, nearly sold out in US