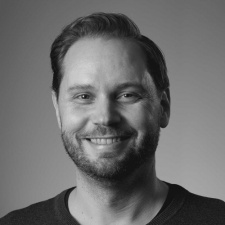 A new mobile game developer based in Stockholm has announced its arrival with an early investment from mobile gaming behemoth Supercell.

Wild Games, made up of a small group of ex-DICE staffers, only started working together as a team in December 2019. But already it's garnered the attention of Supercell to the tune of €1 million ($1.1 million).

The new studio is headed up by CEO Robert Wasser, former head of development at DICE, an EA-owned studio best known for the Battlefield and Star Wars: Battlefront series. He's a 15-year veteran of the triple-A console industry, and felt that it was time to strike out on a different path.

"Most of us have built AAA for a long time, and we still love those games and play them a lot," Wasser told PocketGamer.biz via email.

"However, we do miss the accessibility of older games and we believe that by combining this accessibility with depth and high visual and technical quality, we can make games that bring something new to mobile gamers.

"It's not only about building great games though; we also want to build a more modern game studio. A studio where decisions are made by the team working on the game and superiors are there for inspiration and advice, not to make decisions for you."

The founding team is just six members strong, but according to Wasser they have over 70 years experience between them making games, with the majority of this new team coming from DICE.

And Wasser is well aware that the shift from triple-A to indie is going to take some getting used to. "Having built large blockbuster games, we know what kind of systems that are needed to scale and grow a game to operate it successfully. I think that we will avoid some of these traps by being able to plan for things that can scale early on," he said.

As for how Wild Games secured its $1.1 million from Supercell, Wasser told us that "Supercell was our preferred investor as it’s not only a very successful gaming company, but they also have a company culture that we are very inspired by. We reached out to them about investing in us, and luckily for us, they now have."

It’s not only about building great games though; we also want to build a more modern game studio

"Supercell is thrilled to be supporting Wild Games, a team of industry veterans in the truest sense of the word," added Supercell developer relations lead Jaakko Harlas.

"We invest in game studios with exceptional capability and ambition, those that show real potential for making standout games. The team at Wild Games ticks all the right boxes, and they are ideally located for drawing on the vast pool of talent in the Swedish game development scene.

"We can't wait to see how they will put their years' of experience in cutting edge PC and console game development to use on the mobile platform!"

But what is Wild Games working on that got Supercell interested in the first place? Wasser is keeping tight-lipped for now, simply saying that the studio wants to "continue building games with high production values."

"Currently there are a few things in the works but it is too early to talk about them. We hope to be able to share more late this year!"