Plague Inc. overtakes Minecraft as top paid app in the US due to coronavirus association

Minecraft lead chart for the majority of 2019 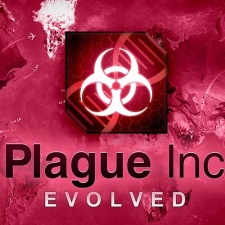 Ndemic Creations' strategy simulation title Plague Inc. has overtaken Minecraft as the top paid app across the App Store in the US.

Mobile advertising analytics tool Apptica confirmed the move, with the sudden surge in sales being linked to the current Coronavirus outbreak that began in China. The mobile plague game passed Microsoft's blocky builder giant on January 23rd, 2020 and has remained there since.

Minecraft was the number one paid app on iOS in the US for the majority of 2019. The game is expected to return to the top spot once the virus has been eliminated.

Due to the sales spike, Ndemic Creations has been forced to inform people that Plague Inc. does not provide any legitimate information concerning the coronavirus.

The coronavirus has also caused several production issues for firms, with both the Nintendo Switch and Apple's iPhone looking to be impacted a result.