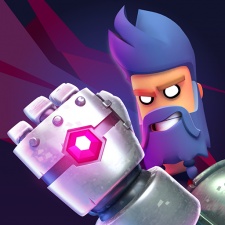 Knighthood was originally soft-launched in the UK, Canada, Malaysia, Denmark and Sweden in July 2018, spending 19 months in soft launch before its full release.

Developed by the Leamington Spa-based studio Midoki, Knighthood is set in the medieval world of Astellan. The game allows for character creation via customisable knights, with players able to upgrade gear as they travel through the world.

"In this new role-playing game, you are a Rage Knight, born to fight and conquer. Battle friends and foes in a living fantasy world full of mysterious monsters and mighty enemies as you strive to become the land’s most feared and famous Knight in the Order of Rage," reads the app description.

"Rage Knights, heroes to the people, once defended the world. Now, it is controlled and corrupted by the dark power of Lord Karnon. As a new Rage Knight, explore a rich fantasy RPG world, battle epic monsters, fight enemies and corrupted Rage Knights to create your own legend among the Order of Rage."

Knighthood is available to download on iOS and Android from today. Those looking for more information about the game can head here.

King recently looked to tap the Activision-owned Crash Bandicoot license for a new mobile game based on the popular marsupial.