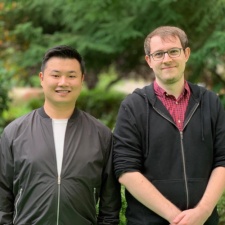 "We are so fortunate to have already reached so many players around the world through our games," said Yang, CEO of End Game.

"It has been an incredibly fulfilling journey watching our amazing community grow and we look forward to taking it to the next level with the launch of End Game and our future titles."

The studio's next title is Fate Arena, an online multiplayer auto-battler. It will soon be soft-launched on mobile, PC, and "other platforms".

"Many companies are quick to point out how fast-moving they are. Then you come across a team like this and realize what being lean and moving fast really means," added Supercell developer relations lead Jaakko Harlas.

"Yang, Luke and the team have already shown that they can ship accessible games that showcase a real flair for fun, and we look forward to supporting them in their quest for the next big hit game."

Supercell recently invested $1.1 million in Stockholm-based developer Wild Games. It also reported its financials for 2019, posting a fall in profits for the third year running - but according to CEO Ilkka Paananen, it's not really about the money.