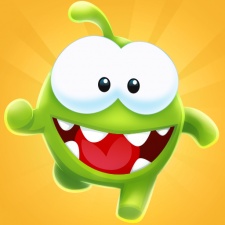 The milestone was announced by Koukoi co-founder Antti Kananen on LinkedIn, who went on to state that there are "many cool updates already in progress" for the endless runner.

As revealed on Facebook, the runner title has hit the milestone in just over one week. Om Nom: Run was released on February 27th. It was previously soft-launched in the Philippines on Android at the start of February.

The game is based on Zeptolab's Cut the Rope game franchise - Om Nom is the series' main character. It was created with Finnish games company Koukoi Games.

Cut the Rope - Om Nom's original game - has been downloaded more than one billion times since being launched in 2010.