Promotion only available in the US and Canada 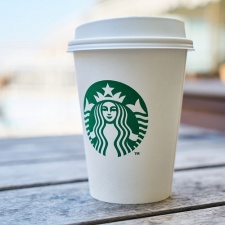 US coffee firm Starbucks has launched a new augmented reality game on mobile that will look to give away 2.5 million different prizes to users.

As reported by Today, Starland will allow players to catch stars via their phone's camera which can be used to collect various rewards, such as free drinks or breakfast for a year, a $500 Starbucks gift card and more.

Stars will appear across all surroundings and are not just limited to Starbucks stores.

Members will be given two chances a day to earn rewards, while further plays unlockable by purchasing goods at Starbucks.

Starland is only accessible in the US and Canada with a limited promotion time from March 13th to April 8th, 2020.

While AR games have arguably been hit or miss, Pokemon GO has continued to thrive with live events from the worldwide catch 'em all generating $249 million in tourism revenue in 2019.

Overall, Pokemon GO earned a record $894 million from player spending to cement 2019 as the game's best year to date.