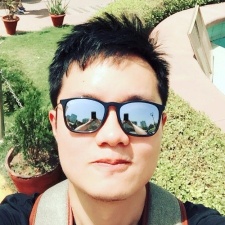 Starting with the global market, Yang pointed out that "action games" such as PUBG Mobile and Garena Free Fire are popular and can sell a lot of IAPs, but hypercasual games are also seeing a huge number of downloads around the world.

As for monetisation, Yang noted that Australian eCPMs for rewarded videos are particularly high, and are actually higher on Android than on iOS.

Turning his attention to the Chinese market, Yang stated that the total revenue of the mobile market reached $23 billion in 2019, with action and role-playing games dominating the download charts on both Android and iOS.

He also pointed out that eCPMs for casual games in the region are as high as other Tier 1 countries such as the US, but that UA costs are comparably lower, offering higher ROIs.

All that said, Yang did concede that while the Chinese market has a lot of potential, games need "strong localisation", which leads developers to target the US market and hope that success there will lead to worldwide influence and interest.