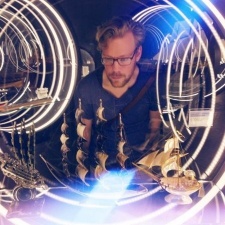 The move was announced by Smit on his personal LinkedIn profile. No further details were provided.

Smit's previous roles include creative director of Happy Tuesday, the developer behind mobile free-to-play title Hero Defense. He was also formerly an art director at King, and has worked with Crytek, Bigpoint, Guerilla Games, and more.

Tanks for the memories

Wargaming recently announced its first battle pass for mobile title World of Tanks Blitz. This first pass will run from May 1st until May 29th.

World of Tanks Blitz also held an event in April 2020 in which players could win a piece of the Moon. The event also introduced zero-gravity effects to the game for a brief period.