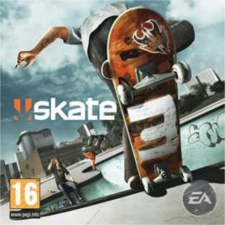 A mobile version of Electronic Arts' Skate 3 could be on the way.

As reported by Polygon, professional skateboarder Jason Dil revealed the information on The Nine Club podcast.

"I got a call from the EA people about 10 months ago," said Dill.

Skate 3 was released for PS3 and Xbox 360 in 2010. Since then, many fans have wondered when the next instalment would be released.

The big problem Dil had was the issue of EA choosing to re-release Skate 3 instead of developing the much-rumoured and requested Skate 4. To say that the pro boarder was disappointed in just a mobile version of Skate 3 would be an understatement.

"So I wrote back, 'Look, No big deal. No one wants your stupid mobile version of Skate 3. Make Skate f---ing 4 already. Just do it. Just make the game and just participate again," said Dil.

"You can't level it to the same numbers you get on other games. You do it for a cultural thing that pays you back later. And that's how corporations f---ing can work if they play their cards right. And she wrote me back and said, basically, 'No. We're not going to do that.'

Recently, EA revealed it had seen a nearly 200 per cent increase in profit with a revenue rise of 11.9 per cent. It also revealed plans to soft-launch two mobile titles in its next financial year - one of which may well be Skate 3.

TICKETS RISE at midnight tonight! Last chance to save on tickets to Pocket Gamer Connects Digital #5!