Through statements and charity donations 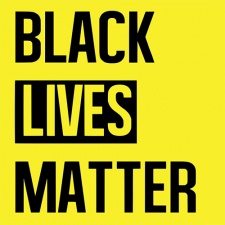 The games industry has continued to show its support for the #BlackLivesMatter movement.

A range of companies have already made donations to fight racism, Supercell, Electronic Arts, and Square Enix are among them. Alongisde all of these, The Pokemon Company International has announced it will also pledge money to support the cause. It will donate $100,000 to NAACP and $100,000 to Black Lives Matter.

"We stand in solidarity with our black employees, fans and families who continue to be impacted by systemic racism and senseless violence."

The Pokemon Company is not the only company to donate money to the #BlackLivesMatter cause. Microsoft-owned studio Double Fine has given $12,000 to Black Lives Matter, the NAACP Defense Fund and Color Of Change. It also claimed: "A better world is possible, and it is right for us to demand it."

"Donations cannot bring back those claimed by police brutality and violence. Still, we encourage our players to join us in supporting these charities or similar ones based in your own communities," said Double Fine.

The company also took a moment to name those who have lost their lives to police brutality and has implored people to "say their names. Remember Them. These are only some of the countless people whose lives were destroyed by police violence and racism."

Untitled Goose Game creator House House has donated $10,000 which will be split among community bail funds and mutual aid funds. The studio has "Complete solidarity with everyone across the US protesting against systemic white supremacy in the face of police violence."

Retail giant Amazon has made it clear that it stands against racism, as it will donate $10 million to a range of charities "that are working to bring about social justice and improve the lives of Black and African Americans."

"The inequitable and brutal treatment of Black and African Americans is unacceptable," said Amazon.

"We believe Black lives matter. We stand in solidarity with our Black employees, customers, and partners, and are committed to helping build a country and a world where everyone can live with dignity and free from fear."

Many companies have clearly been affected by #BlackLivesMatter as they have staff members of colour, and want to give all the support they can. Apple – as reported by Bloomberg – will donate money to various groups such as the Equal Justice Initiative, and will match employee donations made times two.

Meanwhile, Facebook CEO Mark Zuckerberg has claimed the social platform will pledge $10 million to help fight for a change in the US. He explained that the tragic events that have unfolded serve to "remind us yet again that the violence Black people in America live with today is part of a long history of racism and injustice."

"I hope that as a country we can come together to understand all of the work that is still ahead and do what it takes to deliver justice – not just for families and communities that are grieving now, but for everyone who carries the burden of inequality," said Zuckerberg.

Meanwhile, Google-owned YouTube made it clear that it stands in solidarity against violence and racism as it promised to donate $1 million to help fight for change and correct social injustice.

A show of support

Nintendo of America has publicly voiced its support of the #BlackLivesMatter campaign, and reportedly, the company will not only match employee donations to anti-racism charities, but it will double them. As with many firms not only across the games industry but the world as a whole, Nintendo stands with the black community.

"We reject bias, exclusion, oppression, and the violence that leads to these completely unnecessary deaths," said Nintendo of America.

Japanese tech giant Sony has shown its support for the movement, and the company has delayed the announcement of the PS5 to allow other voices to be heard. To let those fighting for equality to get their message across.

"We denounce systemic racism and violence against the black community. We will continue to work towards a future marked by empathy and inclusion and stand with our black creators, players, employees, families, and friends," said Sony.

The Japanese firm is not the only one to delay games related content. In a show of support for #BlackLivesMatter, Activision has delayed the release of the new Call of Duty seasons across Modern Warfare, Warzone and Mobile. Meanwhile, Epic Games has pushed back the release of Fortnite Chapter 2 Season 3, as well as its upcoming The Device event.

This new wave of overwhelming support for an important campaign follows the influx of backing from various companies have already provided. Netflix, Warner Bros and Marvel Entertainment were among them and claimed that "to be silent is to be complicit."

However, pro streamer Ninja has implored people not to be blinded by the looters and the riots that are sweeping the nation. Instead, he wants everyone to remember why this is happening – "Police brutality, racism, and the murder of George Floyd."