Declining activity in China across the period 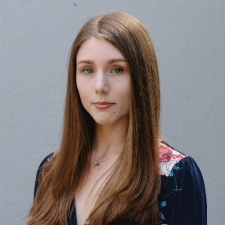 Games-related acquisitions were down 45 per cent year-over-year across Q1 2020, as a result of the Covid-19 pandemic.

This was one of a number of stats revealed by Omdia games industry analyst Louise Shorthouse during her talk at Pocket Gamer Connects Digital #2 on "The Games Business During and After the Covid-19 Crisis".

The decrease was largely fuelled by declining activity in China, alongside Tencent's deceleration of games industry investment, instead opting its focus to industrial internet.

In fact, the mobile segment was the least unaffected by the pandemic and represented the majority of deals over the three-month period.

Mobile game downloads for the same period grew by 8.4 per cent on the App Store and 27.4 per cent on Google Play year-on-year. Additionally, it's predicted that mobile games annual revenue growth globally will increase by two to three per cent.

Another cause of the pandemic has seen advertises freeze and cut their budgets, which is expected to have a "knock-on effect" to in-game advertising revenue over the next four years.

These figures show a slightly lower rise in installs than the 75 per cent increased stated by Adjust. Though, it's worth noting that Omnia's stats only include the App Store and Google Play and not any games outside of these stores.

Fortnite, for instance, operated on Android outside of Google Play for 18 months until Epic Games begrudgingly made the game available on the mobile store at the end of April.