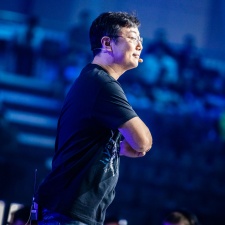 This data was revealed by Tencent director of PUBG Mobile global esports James 'JinHo' Yang, who was speaking at PGC Digital #2 about 'Levelling the Playing Field: Mobile Esports Driving Diversity'.

Already 42,000 teams have applied for a spot in PUBG Mobile esports competitions in 2020, with Yang noting that the Covid-19 pandemic has affected the numbers somewhat. Tencent's PUBG Global Series 2020 and Global Championship 2020 will both offer an increased prize pool of $5,000,000.

Diversity was the focal point of the talk with now 21 languages accessible in PUBG Mobile and more planned for the future.

Speaking about regions, Yang compared the differences between players that prefer PC or mobile. The majority of South American users play on mobile for instance, while in Europe and the US, players opt for the PC experience.

Tencent recently pledged to invest ¥500 billion ($70 billion) into various technology infrastructures over the next five years.