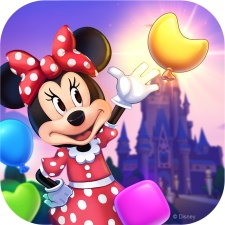 Mobile games publisher and developer Ludia Inc has teamed up with Disney for a new game.

Currently available for pre-register, Disney Wonderful Words is a match-3 puzzler with building and decorative elements. The game will be released in 2021 through both the App Store and Google Play.

"Our team has been working closely with Disney and Pixar Games to capture the enchantment of Disney Parks attractions and beloved Disney and Pixar characters in this exciting new puzzle game."

Wish upon a star

The game will feature a unique storyline, dubbed "Wish Upon A Star," through which players will work to build their own Disney parks. Throughout the game, users will earn a variety of attractions to allow players to relive iconic moments from the real-live parks.

"We're proud to be working with Ludia to deliver a new match-3 game for Disney fans around the world. Disney Wonderful Worlds will give players the chance to "Wish Upon a Star" and build beloved lands which have delighted millions of guests over the years," said Disney and Pixar Games vice president Luigi Priore.