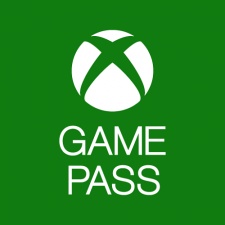 Update:Microsoft has now confirmed that while it is changing the Xbox Game Pass logo, it is not dropping the Xbox name from the service.

In a statement, a spokesperson for Microsoft said, "Xbox recently revealed a redesigned logo for Xbox Game Pass. While the logo is new, there have been no changes to the name of the service, it remains Xbox Game Pass."

Original Story: Microsoft appears to have rebranded its subscription service as it is now displayed as Game Pass.

As spotted by Twitter user NotCassim, the tech giant has removed 'Xbox' from its branding. For example, in community updates, the service is referred to as Game Pass, although the Xbox symbol is still on display.

Trying out a new look

Last month, Microsoft confirmed that its cloud streaming platform known as Project xCloud would become part of Xbox Game Pass Ultimate in September. Through this, all games in the subscriptions library can be played on mobile devices, including the upcoming Sci-fi FPS Halo Infinite.

However, the streaming service will only become part of Game Pass in qualifying countries. Project xCloud became available for Android devices last year, while it entered beta on iOS phones in February 2020.

Recently, it was reported, by VentureBeat's Jeff Grubb, that Xbox Live Gold would be discontinued. If this is the case, Microsoft may roll all of its Xbox services into one subscription – Game Pass, Game Pass for PC, Live Gold and Project xCloud.