"Looking beyond hyper-casual, we worked closely with Mandrill VR on Ancient Battle to create a game that really stands out" 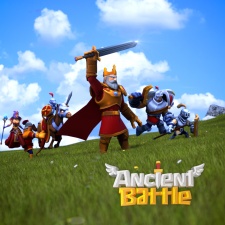 Usually a hypercasual specialist, Ancient Battle marks the first time that Lion studios have co-developed a game with another studio. It has proven to be a good decision for the publisher as it has been able to tap into a new audience.

"Ancient Battle has been an exciting project to work on - it's the first game we've co-developed with another studio and has allowed us to tap into a new audience. We designed custom artwork, UI/UX, and animations all in-house to create an immersive, premium experience," said Amy Choi, Director of Product at Lion Studios.

However, this could become a new trend for Lion Studios as it seeks to reimagine mobile games.

"Looking beyond hyper-casual, we worked closely with Mandrill VR on Ancient Battle to create a game that really stands out. This is just the beginning of how we are reimagining mobile games. We look forward to working with more great developers across a multitude of genres to bring more innovative games to the market," said Nicholas Le, President of Lion Studios.

Mandrill VR CEO Roman Cheng added: "We knew we wanted to publish our game with Lion Studios given their success with hyper-casual games and track record with other Chinese developers.

"We had a great game concept but knew we needed help with UI/UX and product. In addition to testing and user acquisition – Lion Studios proved they were beyond capable in supporting us end-to-end through the entire process.

"Their team was up for the challenge, and they really exceeded our expectations."

Ancient Battle is part of a new mobile genre dubbed hybrid-casual, as such it combines deep meta systems and intuitive core mechanics.

"We're constantly pushing the boundaries, whether it's crafting new genres or blending elements of hyper-casual and midcore gameplay. Ancient Battle is a testament to our team's innovative spirit and ability to execute on a project of this scope efficiently," said Le.

"Get ready to make your mark on history and begin your road to victory in Ancient Battle."

Last month, in a guest article, Le discussed how to achieve ongoing success within the hypercasual space despite the evolving market.